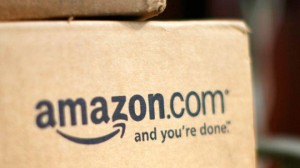 On October 8, 2019, the Supreme Court of the United States issued its Order denying Integrity/Amazon’s petition for writ of certiorari from the Court of Appeals for the Sixth Circuit’s decision allowing Nevada claims to proceed.

The Parties then engaged in mediation which ultimately resulted in a resolution of the lawsuit.  The Honorable David J. Hale granted the Parties’ request for preliminary approval of the settlement on February 25, 2021.  Judge Hale’s Order can be accessed here.

Notice of the settlement was mailed to over 42,000 Class Members in March of 2021, alerting class members how they could claim their portion of the settlement funds or exclude themselves from the settlement.  The deadline to provide a claim or exclusion form was May 6, 2021.

The Claims Administrator mailed out settlement awards to class members in August of 2021.

The original complaint was filed against Integrity Staffing Solutions, Inc., on October 22, 2010, in the Nevada federal district court. The district court judge dismissed our entire case on the grounds that Integrity and Amazon.com did not have to compensate employees for time spent undergoing the employer mandated security clearances.  We appealed and the Ninth Circuit Court of Appeals agreed with our position. In doing so, the Ninth Circuit held that,

[Plaintiffs] have alleged that Integrity Staffing Solutions requires security screenings, which must be conducted at work. They also allege that the screenings are intended to prevent employee theft — a plausible allegation since the employees apparently pass through the clearances only on their way out of work, not when they enter. As alleged, the security clearances are necessary to employees’ primary work as warehouse employees and done for Integrity’s benefit. Assuming, as we must, that these allegations are true, the plaintiffs have stated a plausible claim for relief.

A copy of the 9th Circuit’s opinion is attached.

Integrity then sought and was granted writ of certiorari before the United States Supreme Court. On October 8, 2014, we argued before the Supreme Court that these security checks were compensable under the federal Fair Labor Standards Act (“FLSA”). The Supreme Court held, in a 9-0 decision, that security clearances, such as the ones conducted by Integrity are not compensable because they are post-liminary activities under the Portal-to-Portal Act. (The Portal-to-Portal Act is subsequent remedial legislation clarifying the FLSA.)

However, the Supreme Court did not discuss nor did it decide any issues of Nevada state law. Again, the Integrity opinion is premised on the concept that undergoing security clearances is work under the FLSA, but within the carve out for compensability of preliminary and post-liminary activities under the Portal-to-Portal Act. Nevada does not have a statute comparable to the federal Portal-to-Portal Act, nor does California, Washington, Arizona, and almost all states that have their own wage hour laws.

What this means is that the state law claims have yet to be decided. Based on the Supreme Court’s decision the Ninth Circuit remanded the case back to the district court for further proceedings to decide whether or not state law provides for compensation to employees who are required to go through security clearances.

For an explanation of the arguments made at the Supreme Court please see, Thierman’s Supreme Court Arguments Explained and the related news stories in the In The News section of this Web site.

The District Court dismissed Plaintiffs’ claims following the United States Supreme Court’s decision that security checks are not compensable under the federal Fair Labor Standards Act by way of the Portal-to-Portal Act. The District Court reasoned that because the checks are not compensable under federal law, Plaintiffs’ state law claims must fail as well.  Plaintiffs’ appealed alleging that Nevada and Arizona state law does not follow the FLSA in this respect, and does not have similar Portal-to-Portal Act commands. The Sixth Circuit agreed with Plaintiffs on the Nevada law claims but disagreed specific to the Arizona law claims. A copy of the Sixth Circuit’s decision can be reviewed here.

Integrity is seeking a writ of certiorari to the United States Supreme Court yet again, but the Court has not yet decided to hear the case. Should the Court decide to grant certiorari, oral argument would likely take place in the 2019/2020 term.

This case has settled; please see the Case Update above.

For more information about the case, please see the related case files that are attached.