LAS VEGAS (KTNV) — We’re closing in on four months without a paycheck or unemployment payments for lots of people in Southern Nevada.

Nevada’s Department of Employment, Training and Rehabilitation (DETR) is facing a court hearing on July 7 in response to a class-action lawsuit that’s asking the state to make its payments.

She uncovered what a former insider calls negligent and appalling.

In a memo to DETR’s administrator and provided as legislative testimony, Steve Zuelke cites avoidable delays, available fixes, and experts waiting in the wings to help but never called upon.

“They missed a lot of opportunity out of the gate and that’s very unfortunate,” Zuelke said.

The former DETR insider says that if leaders in Nevada’s unemployment office had taken control of this crisis, things would be much better.

Instead, “It is imploding on itself.” 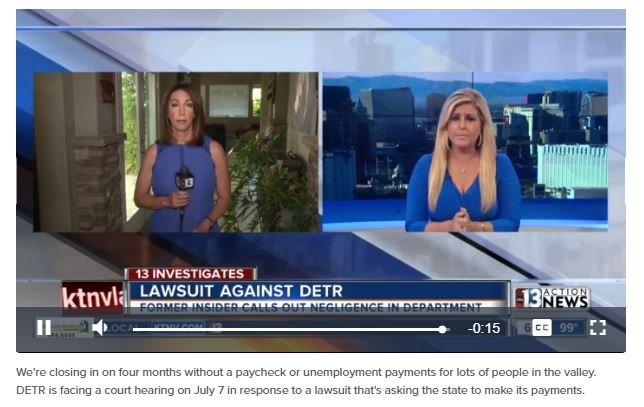