Breslow did not mix words during the court hearing Tuesday, July 7.

“The status quo right now is unacceptable,” He said.

Judge Barry Breslow of the Second Judicial District Court has ordered an investigator to find specific details to reveal why it’s taking DETR so long for it to pay unemployment benefits and aid.

Attorney Mark Thierman who filed the class-action lawsuit on behalf of all PUA claimants in the State of Nevada says this case is about paying unemployment aid in a timely manner.

“Not when you can do it. It’s when due,” Thierman.

“Lets look at some of the numbers that have been provided (by DETR during the hearing) by Mr. Schmidt (State of Nevada’s Chief Economist) and also by Mrs. Gaa (DETR’s administrator for the Employment Security Division) so for Mrs. Gaa particularly. She said there’s about 35 adjudicators. If that is correct and based on Mr. Schmidt’s previous numbers of about 139,000 not having been paid. If you look at a full time equivalent job, which is 2080 hours per year. Thirty-five adjudicators times 2080 per year equals 72,800 hours of work divided that by 139,000 people it will take those 35 adjudicators 1.9 years to get to those claims. That’s not encouraging at all for people on the verge of losing their homes,” said attorney Leah Jones also representing PUA claimants. 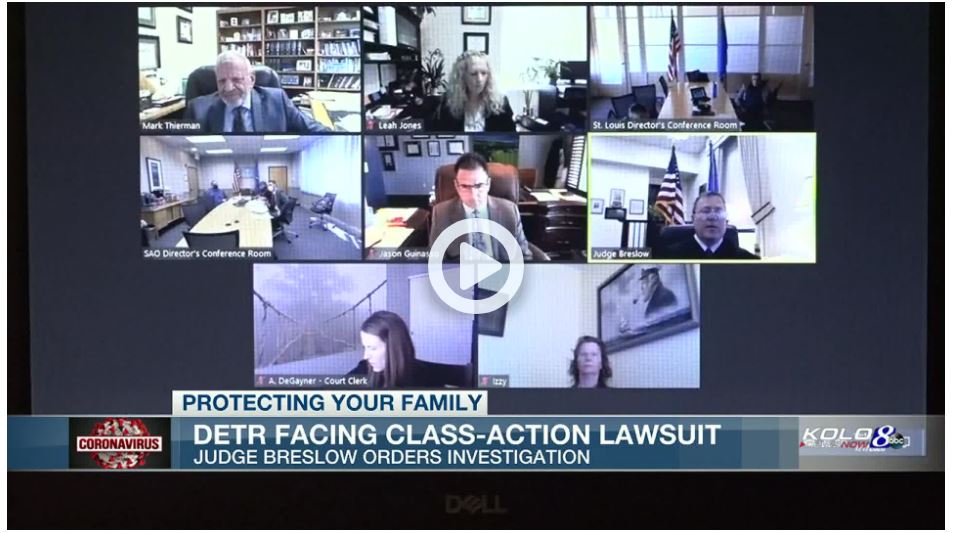