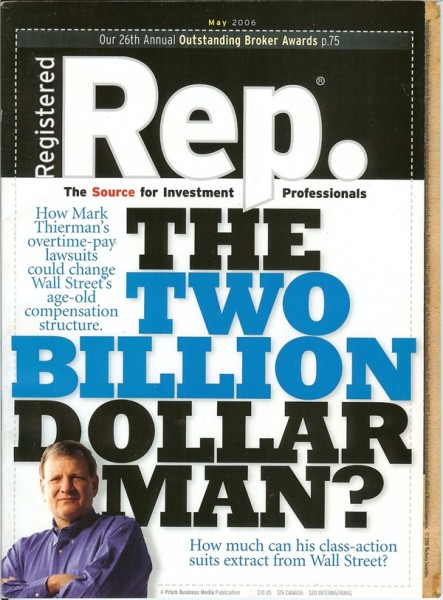 “Chances are you’ve never heard of Mark Thierman. But, then that’s not surprising: He’s a labor lawyer based in Reno, Nev., of all places.  He has settled some pretty big cases, though.  In 2002, Thierman took on Starbucks in California, forcing the coffee chain to pay managers and assistant managers overtime, a policy the firm eventually took nationwide. He’s fought the wage fight with similar cases against Hollywood Video, Bridgestone/Firestone, Pacific Bell, and Foot Locker, to name a few. As a result of Thierman’s legal actions, each company settled rather than litigate, paying millions and implementing changes in the way it compensates employees.