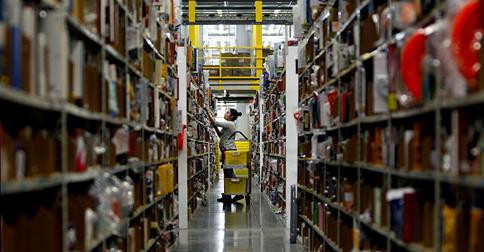 On December 9, 2016 a Washington Judge granted class certification to Amazon workers for claims for unpaid wages due to lunch break security screenings.

Law360, Los Angeles (December 9, 2016, 7:35 PM EST) — A Washington state judge on Friday granted class certification to Amazon workers who say they deserve overtime for security screenings on their lunch breaks, while tossing out the workers’ similar claims for when they’re ending their shifts.

The Amazon workers allege that the online retail giant was violated state wage laws by denying to pay them for security screenings conducted when they leave work and take lunch breaks, consisting of waiting in line and going through metal detectors. Amazon had moved for summary judgment, while the plaintiffs sought class certification.

Judge James E. Rogers granted Amazon’s motion for summary judgment to toss out claims over screenings made at the end of shifts, saying the court doesn’t consider those who are passing through metal detectors would be on duty at the time — and even if they were, a “de minimis” defense would apply.

But the judge denied summary judgment and granted class certification on the claims related to the workers’ lunch break. He concluded that the workers can be considered “on duty” for the purposes of the screening regulation if they are required to wait in line to pass through the metal detector during their legally required lunch break.

“When Amazon requires an employee to pass through a metal detector, as is Amazon’s right, yet requires the employee to be back in thirty minutes, as is also Amazon’s right, that employee remains on duty if, during his legally mandated half-hour lunch time, he is waiting in the metal detector line,” the judge said. “As a matter of law, there is no di minimis defense for those who are required by law to be allowed a thirty minute unpaid lunch break.”

Mark Thierman of Thierman Buck said that the estimated class is between 10,000 and 15,000 current and former Amazon warehouse workers from several plants.

The case stems from the same issue that has resulted in a federal multidistrict litigation where employees say time spent in security checks causes them to work off the clock, while Amazon argues workers can’t get paid for leaving the job site.

The instant suit deals with state-level claims as Washington is a one of several states with a fixed half-hour lunch rule. Thierman said workers in the warehouses have long treks through the building to the lunch room, and the security checks cut into their allotted 30 minute break.

“People only get about 15 minutes to eat,” he said. “That isn’t really enough to gobble down food and go back.”

In Friday’s order, Judge Rogers concluded that workers met the class certification requirements for commonality and typicality when it comes to the security screenings occurring before and after their lunch breaks.

“Finally, the variation in facts is very limited,” Judge Rogers said. “We are discussing a procedure of clocking in and out and associated screenings. It is not that complicated.”

Representatives for Amazon didn’t immediately respond to requests for comment on Friday.

Amazon is represented by Chelsea Dwyer Petersen and Emily A. Bushaw of Perkings Coie LLP and Joesph A. Nuccio and Richard G. Rosenblatt of Morgan Lewis and Bockius LLP.

The plaintiffs are represented by Mark R. Thierman and Joshua D. Buck of Thierman Buck and Matthew J. Ide of Ide Law Office.
The case is Robert Mina et al. v. Amazon.com Inc. et al., case number 15-2-23879 in the Superior Court for the State of Washington for King County.